Amateur Radio emergency communication interests in the Caribbean are getting ready to respond as Hurricane Irma threatens the region. The Federal Emergency Management Agency (FEMA) reports that it’s already begun preparations in Puerto Rico and the US Virgin Islands. On its current forecast track, Irma also could impact the Dominican Republic, Haiti, the British Virgin Islands, Cuba, the Bahamas, Jamaica, and the Turks and Caicos.

The Hurricane Watch Net (HWN), which marks its 52nd anniversary this week, has not yet activated for Irma, but HWN Manager Bobby Graves, KB5HAV, said that could happen soon.

“This morning, we have another monster storm threatening land and people — Hurricane Irma,” Graves said today. “Over the past 48 hours, forecast tracks for Irma have been adjusted further to the south. As a result, the Hurricane Watch Net has upgraded its status to Alert Level 3 — Standby Mode, meaning a hurricane is forecast to threaten land within the HWN area of interest within the next 36 hours. ” Graves said the HWN could activate on 14.325 MHz as early as midday on Tuesday.

The VoIP Hurricane Net announced tentative plans to activate for Irma as early as Tuesday evening, continuing for 24 to 36 hours, depending on the storm’s size and track. The net is looking at possible activations into this coming weekend and early next week for Irma.

IARU Region 2 Emergency Coordinator Cesar Pio Santos, HR2P, has compiled a list of emergency frequencies, subject to change, for use in the Caribbean in anticipation of Hurricane Irma.

As of 1500 UTC on September 4, Irma was a Category 3 hurricane, located about 560 miles east of the Leeward Islands, with maximum sustained winds of 120 MPH. The storm is moving west-southwest at 14 MPH. The National Hurricane Center said a turn toward the west is expected later today, followed by a west-northwestward turn late Tuesday. 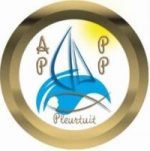